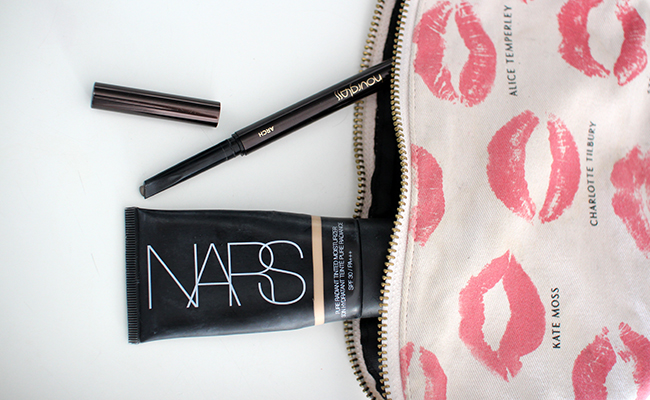 Rather than an exhaustive list of products I’ve liked this year, I’ve edited down to 13 products; the best of the best which are pretty much guaranteed a permanent place in my makeup bag/bathroom cabinet/heart. If you’re new to this blog, here’s what you might have missed – and what you can expect to hear more about in 2014.

NARS Pure Radiant Tinted Moisturiser in Finland
Making the ‘best of’ cut for the second year running, NARS Pure Radiant Tinted Moisturiser has remained my daily base of choice. Hydrating without ever feeling greasy and with a touch more coverage than the average tinted moisturiser, I’ve barely touched anything else – full review here.
Hourglass Arch Brow Sculpting Pencil in Soft Brunette
The best I’ve tried in terms of texture, colour and convenience; the pencil doesn’t require a sharpener, it’s waxy and broad enough to gently hold the hairs in place whilst adding the perfect amount of natural colour to define the shape. Soft Brunette is free of any telltale red tones and spot on for my brow colour – more here. 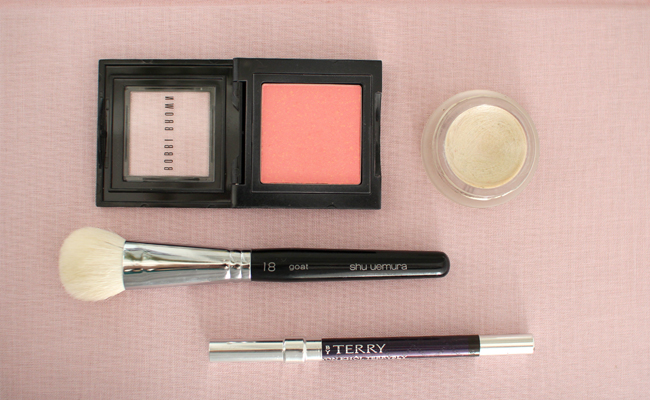 Bobbi Brown Blush in Pink Coral
Released with the autumn Rich Chocolate collection, Pink Coral seemed a little unseasonable. However it’s the perfect matte pink for brightening up dull winter skin and it’s not left my makeup bag since its launch. It was limited edition, but still seems to be available online and at some counters.
Shu Uemura #18 Goat Foundation Brush
An absolute workhorse of a brush, it’s no surprise this is a favourite of makeup artists. Just small enough for under the eyes and around the nose, but not so small that it makes foundation blending laborious, it’s what I use any time I want a flawless finish.

ByTerry Khol Terrybly in Secret Brown
After a (rather naughty) sleeping-with-makeup-on test, I can confirm this is easily the longest lasting liner I’ve come across; but it’s also creamy enough to smudge and blend without irritating sensitive eyes. ‘Secret brown’ is a cool black-brown which has become a makeup bag staple for day and night.
RMS Living Luminizer
A pearly translucent highlighter made with organic castor seed oil, coconut oil, beeswax and rosemary extract, I haven’t come across another product that seems to draw in light to just the right places (without highlighting imperfections) in the way that Living Luminizer does - full review here. 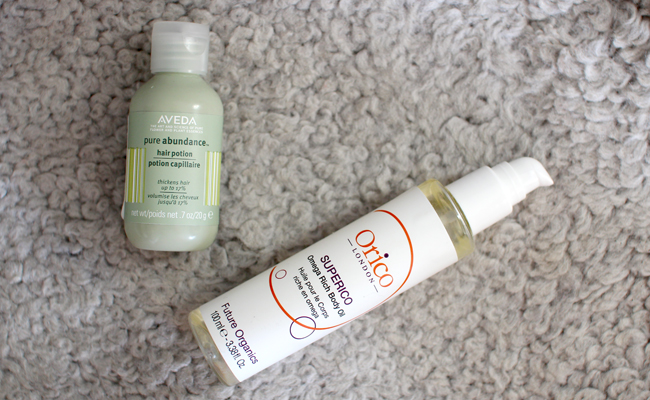 John Masters Bare Unscented Shampoo
Heaven for sensitive scalps, John Masters Bare Unscented shampoo foams as well as conventional brands, leaving my hair squeaky clean but not as tangly as other natural shampoos I’ve tried - full review here.
Aveda Pure Abundance Hair Potion
Until now styling dusts have ranked among my most hated hair products; gritty and easy to get wrong. Aveda Pure Abundance Hair Potion magically turns to moisture when rubbed between the palms, making it easy to rub evenly through roots and mid-lengths. The result is subtle texture, only where needed – and no sandy feeling.
Orico Superico Omega Rich Body Oil
The one product that has finally convinced me post-shower body moisturising isn’t always a chore. The rich, spa-scented oil sinks in incredibly quickly, leaving my skin hydrated, healthy and never greasy. 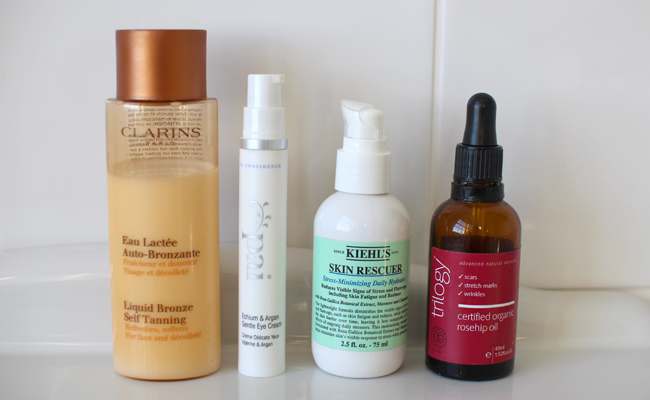 Clarins Liquid Bronze Self Tanning for Face and Décolleté
Swept on with a cotton pad a couple of nights a week, Liquid Bronze builds to a natural hint of tan and the gives the illusion of more even skin tone (making foundation almost redundant) – without the potential breakouts or streaks of body tanners.
Pai Echium & Argan Gentle Eye Cream
Ending my search for an eye cream as moisturising as Kiehl’s Creamy Eye Treatment with Avocado, but which still works well under makeup, Pai’s Echium & Argan Eye Cream hydrates without aggravating sensitive skin or eczema. The virtuous ingredients list is an added bonus.
Kiehl’s Skin Rescuer Stress-Minimizing Daily Hydrator
A 2013 launch, I was rather dubious about this moisturiser’s claims to ‘block stress signals to the skin’ (and, truth be told, I still am) but Kiehl’s Skin Rescuer was the one product to calm and restore the balance of my skin after a rather nasty reaction – and I haven’t been able to put it down since. Look out for a more detailed review in the new year.
Trilogy Certified Organic Rosehip Oil
Covering everything from fading old acne scars and reducing redness to giving my moisturiser an extra boost, I can’t imagine my skincare routine without Rosehip oil. I’ve tried a few brands, but I prefer the non-greasy consistency of Trilogy – more here and it’s also a key ingredient of my DIY Cleansing Clay Mask.
« Previous PostBest of the Boxing Day Sales Next Post »Pringle AW14