1 Posted by meg - July 11, 2012 - Uncategorized
I recently had a clear out of makeup and found some products which I know have been kicking around for more than a couple of years…or, err, maybe since I was at school.
I’d recently bought a labeller for a few pounds (mine is Motex via eBay) to use for organising things in our new house, but I thought I’d also put it to use on my makeup collection. Most cosmetics in the EU are labelled with with an expiration date of sorts, but it is usually just an ‘open pot’ symbol to suggest the life of the product once it is opened. This is great if you have a brilliant memory and can remember when 12 months is up, but I don’t – and it’s also fair to say my makeup collection has grown a bit in the last year, making this even less likely. 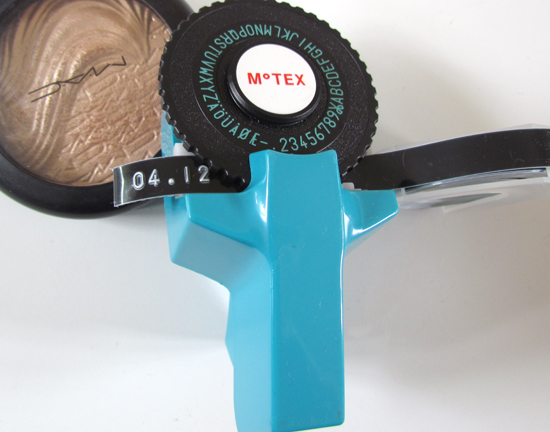 So I’ve started to label new products with their opened date to remind me when their number is supposed to be up. It’s very quick to do and, whilst this doesn’t mean I’ll throw them away after that time, at least I’ll know to keep an eye on them and maybe use them up a bit quicker or pass them on to someone who will. 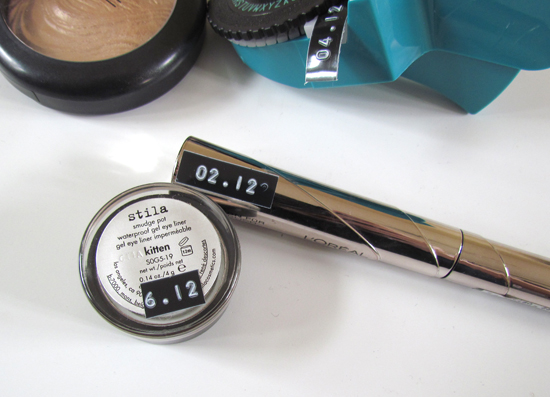 Here’s a rough guide to the lifespan of products. A quick Google will show you these numbers are fairly inconclusive so, as with food, I rely more on my common sense than what the label says. If it smells bad, doesn’t look ‘right’ or the texture has changed it is going in the bin! 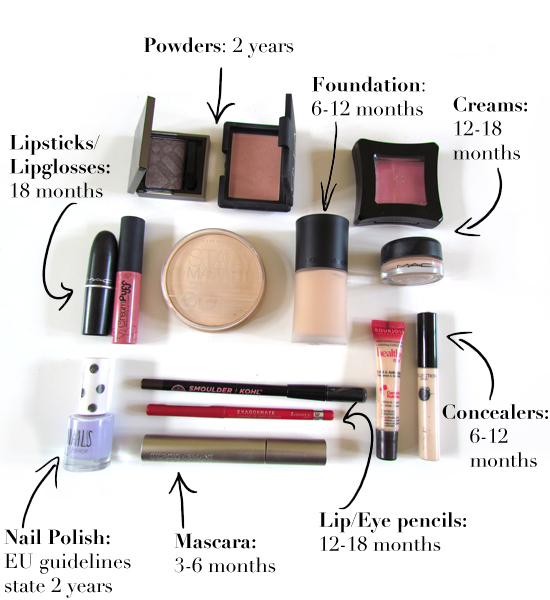